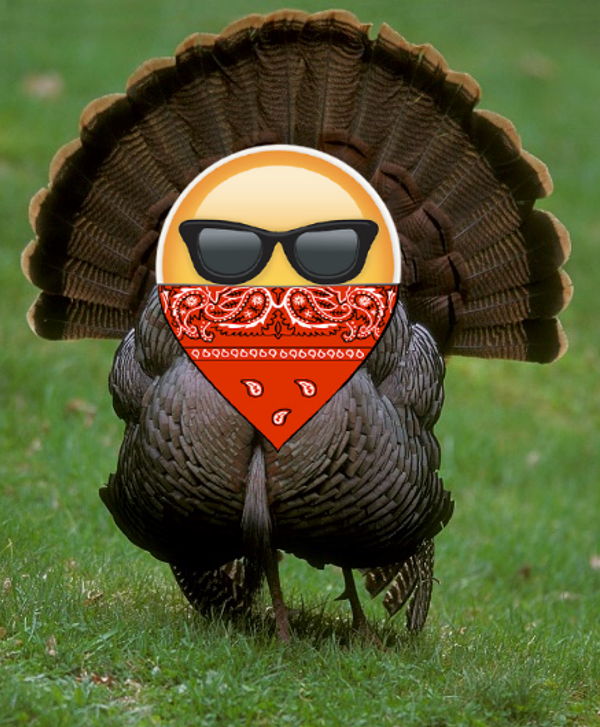 So yeah so… a while back, Canadian Running Magazine posted some Usports men’s and women’s pre-season rankings that were lacking a bit of info from key sources. Now we can’t really blame Marley –it took us years of being an idiot to get to the insanely high quality of nonsense you are currently reading. I mean it’s like whoever the Yoshi voice actor is in Mario. Do you think they could do that voice when they first started? Absolutely not. The producers probably yelled at them for hours like assholes while making them repeat the words they wanted until the actor came up with the ones that sounded right. Probably didn’t even give the actor a lunch break. If it was Amazon they wouldn’t have even given the actor a pee break. ANYWAY, we have no idea what the heck Yoshi says, but the sound is iconic. It’s also annoying enough that when Yoshi hits you with an item in Mario Kart there is a 50% chance your controller is going through the TV. Yeah idk. That’s what this column is now, the genesis of Yoshi.

You might be thinking, “Why now? What is the meaning of a post-Thanksgiving bash?” Great question. Unfortunately, it’s not hurling turkey bones at the pots and pans you just cooked your food in to make music, it’s actually just a name we decided to give this column to line up with the moment we found enough motivation to crank these out in a basement at 2am while being infused with MGMT’s Electric Feel. We will post some better pre-Usports ones up later. READ OR DON’T

U of T: Still decent without Shukla but no ground-level, small tree extensions (low sticks)

Yeah ya know I think Olivia Cooper and Jazzy Feds might be able to bring this team out east this time around after they sledded more dogs than the Dinos in Saskatchewan but who knows. If they conduct themselves in the complete opposite way of the men’s team the chances only increase.

These gals have scored two straight 1-pointers on the Usports rankings so far even after a solid one in Quebec last weekend. Is Ivy Biolowas nasty? If she can score pretty low a top 10 is possible, but it’s always dicey with teams who have limited depth. Even more so when the non-existence of COVID-19 protections can completely derail seasons for people. They in the Gordie Howe position for now. Howe for now baby. New team cheer. You’re welcome.

Top recruit Elizabeth Vroom shot to the top of the Usports name charts immediately after beginning to compete for the Gaels and they’ve got other cars in the garage like Plouvier, Graham, Lane, and Lacy. This Bomba squad could be sneaky. Like C4’s or something.

Yeah, losing Hufsmith is tough but she didn’t have a great Usports last year (29th) and the Huskies still placed fifth. The real question is what the status of Avery Pearson looks like as she went picnic mode and sat out(side) the Sled Dog open. We’ll see if she runs the Stewy Cup this weekend. The big loss comes from Captain Natalia Bidulka graduating, as she really knew how to bring the hype in the room and made sure the team did their hill work which is easy to skip in Saskatoon. Luckily our sources are saying the Halifax course is pretty flat.

Chisholm left to go fight for the Irish at Notre Dame and that’s a tough L, but the rest return and Eileen Benoit might be nasty. Just gotta save some for Halifax and they might have some SandLUCK (x2).

Got blasted on their home course like golf balls out of bunkers but didn’t run Sophie or Chloe Coutts. I’m not convinced putting them in would put them ahead of the teams I put ahead of them. Maybe another month of results will? Anna Carruthers and Heidi Ohrling also return for a stangs squad that took down every other OUA team to place second last year at Usports in a bit of a surprise. We’ll see if they can pull something like that off again.

A pretty strong showing at the Western Invite with Hannah Goodjohn and Rosalyn Barret showing massive improvement to make up for the loss of Erin Mawhinney. The return of Morgan McKeown from the stationary bike also helps a lot. Top five in sight.

Yeah ya know I mean it happened last year. Laval decided to sandbag Western and everyone put Guelph at the top so we’re not falling for that again. 3rd place. Ormond is confirmed nasty though.

They put a bunch of runners up near Joanna Brown at the Trinity Western Invite and return all scorers from last year when they placed 4th. Plus they have the additions of Kiana Gibson (8th last year) and Marley Beckett (16th 2019). Indeed, the tag team of the Becks (Beckett + Becker) plus Gibson and the faces from last year (Campbell, Doorenspleet, Sim, Austin, Hennesey) could win gold for this team. They probably have the most depth. Submarine mode.

Well the Rouge et Or lost Anne-Marie Comeau but picked up Florence Caron who really knows how to fire heaters out there it’s like she grew up inside of a cannon or something. Sara-Pier Paquet is also running really well to help Lacourse, Beauchemin, and Berubé. It looks like a repeat for sure but again, COVID-19 can make it tough. Stay safe out there folks, and if you would rather have seasons where you don’t have to worry so much about illnesses that greatly affect athletic performance, hit up linktr.ee/km4PublicHealthcare.

Dinos: They’re done. Can you believe it. No more team members from THE DINOS of 2018 and 2019 (and the team that won every single conference in 2017). What a run. Still can’t believe Eric Lutz’s name is pronounce L-OO-TZ. End of an era. Up to Jessica O’Connell to build this team back up now.

McGill: Matty Beaudet came 6th last year and his squad backed him up at the Capital City race in Ottawa this year, but Queens didn’t run Kirby and a Usports field might hurt a team like this. Potential top 10 though.

UBC Okanagan: Hofbauer going for the historic Toronto Waterfront Marathon/Usports double? Would be pretty nuts. Like caramelized pecans. Those are pretty, and they’re also a type of nut.

Jacob Benoit is the low stick and I can only imagine what hell these guys are doing for their practices this year to make up for a “Laterne rouge” finish at Usports in 2021. It would be like if Frodo and Sam fluffing sprinted across middle earth to toss that ring in the volcano and end the trilogy in 30 minutes. Peter Jackson goes home devastated.  Sources are saying this team wants to make it two AUS spots in the top 10 this year which could mean double the milk if I decide to put that offer up again.

Got some pretty confident dudes from the Win city hitting up the DM’s saying they deserve a top 10 so that their athletic department lets them travel to the show so here it is. These are the only rankings that matter. What do coaches know? Luke Mawhinney and Jonny Rioux have been smelling all kinds of fumes in Malden park while doing loops inside and out like Rotini pasta so we’ll see how that works out for the Lancers.

Well Riley Stuermer just beat some pretty good guys to win the Trinity Western invite and there is a petition to bring his mullet back so there’s that. They lost Borkman and Chauvet though. Logan Arthur has also yet to race –what’s up with that? Luckily it looks like Will Cebuliak has gone stool mode and stepped it up and Ron MacLean has joined the squad, plus Brendan Simone is eating food off of airport floors. We kinda chirped these guys in the women’s section but their unorthodox methods kinda work for them and they aren’t the type of squad you want to get into a chirp battle with. Hopefully they aren’t too mad about 8th.

The self-procliamed Dal Wrecking crew is back and better than ever this year after breaking the milk curse in 2021. Cox, Goslett, Grimshaw-Surette, Robertson, and Rosen are #InOne and that “one” is a 5-floor bunk bed that plays Miley Cyrus’ hit song every night before bed. Home course too. I think they could beat Western and Queens and maybe even Guelph but there is a history of jinxing teams in these predictions and I can’t do that to these guys.

On paper this team is more loaded than a subway sub with everything on it. Scheele, Ohrling, Ben Fox, Loucks, Koyanagi are all big names (figuratively speaking) and Sivapragasm literally is a big name. Throw De Lange in there too. Pretty big threat.

The Kirbs returns for one last ride after a 13th place Usports finish last season that put this squad into fifth. Miles Brackenbury might have the best hair in the league and short king Jude Wheeler-Dee is not short on wheels or dees. Mironov is back too. Could be good.

Losing the Usports champion is tough. Losing the 5th place finisher too is extra tough. However, Nick Bannon is running 29km straight lines through remote Ontario villages and Alec Purnell is a truck. This team needs a good run from NCAA transfer Max Davies and veteran Gavin Hughes. Gotta hit up the conservatory and shake out the butterflies. If Adam Schmidt can rock the sunglasses like a Lollapalooza concert and Kalum Delaney can go centipede in the sink mode and come out of nowhere like last year this team could medal once again.

Rumour has it that 2021 second-team all-Canadian Tyler Dozzi will be sandbagging for Usports this year instead of ACXC like his usual routine and indeed he is already skipping some early races so that could be the case. 2021 5th place finisher John Perrier has not quite hit sparkling water mode yet this season as his races to date have lacked fizzle even though his long runs at 5 am do not. Liam Dwyer is running well though and so is Bill Makawe, who I have never heard of. A medal will depend on how much butternut squash this team eats.

Philippe Morecar is full gas right now folks. There is tons of car. So much. Jean-Simone Dégagnés is back as the best Usports return finisher but unfortunately that means no more Fafard. This team is going to need good runs from Tedeschi and Girardin to medal once again. If they send Tedeschi’s hair through the auto-lave enough times it might be enough.

When you’re good you’re good. The three-headed dragon of Davies, Drover, and Turek might have only 33% of its heads screwed on straight at any given moment, but they have one more shot at gold and about 90% of their discussions are related to running so they’re going to be pretty motivated here. Sam Nusselder returns too as well as former standout Dylan Alec who has only improved during his two years away from university. That’s the nastiest five on paper and this team that has left the 4th place curse long behind them, which Davies credits his arrival for, could win this time around. Not sure how long their altitude oxygen will last though.