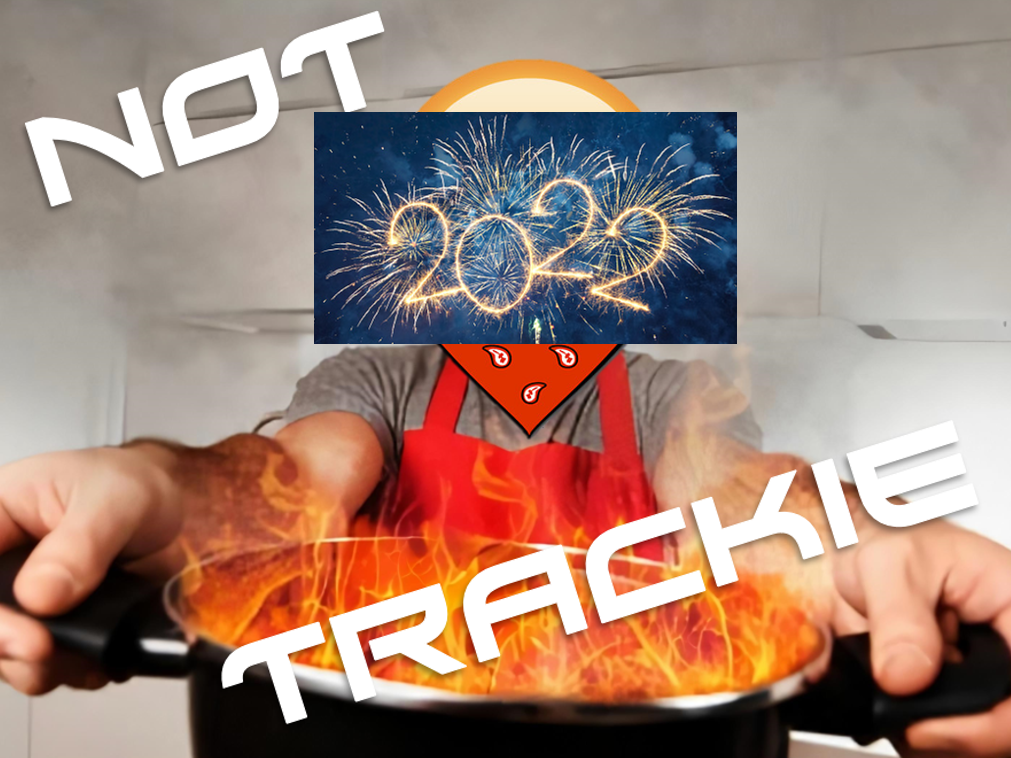 It’s New Year’s Eve, and Trevor Hofbauer finds himself locked-in to a high-intensity mini-sticks training session to make sure his RunningHotTakes marathon ranking score improves for 2022. Kieran Lumb watches intently from the stands; since he doesn’t go to school, he has a lot of free time.

Suddenly, a bus rolls up while blasting French boy-band rock featuring David Girardin on the drums and Jean-Simone Desgagnés on air drums. Hofdaddy is tossed into the autobus between two girating lines of Les Boys performing their Lave-Auto dance move (for those of you who are unfamiliar, this involves spinning one’s ass in a circular motion to mimic the scrubbers of a car wash). Felix «Le Félin » honks the horn and speeds off.

Trevor is finally dropped off onto a slab of concrete, mini-stick still in hand. It’s dark, so he has no idea where he has been brought. Suddenly, the lights flash on.

And HERE WE GO FOLKS, we’re here for this 2021 edition of the RunningHotTakes fake mini-sticks tournament brought to you by nobody because we don’t use our athletes that way, but if we had to choose a sponsor it would probably be Kraft Dinner because Evan Dunfee made funny commercials with them.

That’s right Alex, we’ve brought a random cast together for this game today. Athletes from all across the country are prepared to showcase their mini-stick abilities in front of a non-existent audience.

Indeed, Trevor could see (and hear) Alex and Lewis announcing the shit out of what appeared to be a makeshift mini-sticks tournament being held in a small-town hockey arena. Clearly Alex and Lewis had improved on the areas Bob Vigars had criticized after the 2020 OUA track and field championships.

Yeah we’re in for a good one Lewis, with ninth place Olympian Malindi Elmore coaching one of these teams and Damian Warner coaching the other, it’s a real clash of the titans out there.

Damian became very familiar with the geometry of hockey arenas during his pre-Olympic training block Alex, let’s see if it pays off!

Trevor did a quick warm-up jog around the concourse of the arena and found quite a few more interesting features. Connor Black and Mike Tate were serving up cakes for everyone with the Laval Boys providing le sirop d’érable du Québec. The Dalhousie squad was also stanced up at a concession stand featuring all kinds of milk and blasting the Mull River Shuffle. Georgia Ellenwood was doing the live streaming using her Twitch Account, and a quick glance at the feed showed Pierce Lepage was her top commenter. Kieran Lumb was also in attendance somehow, probably because he doesn’t go to school.

Trevor, hurry up! The game is starting!

A bunch of Calgary guys with wild patterns shaved into their heads had showed up to get Trevor onto the Damian Warner bench, which was also populated with an assortment of guys and ladies from the Cleve Chateau, John Gay, and UVic folks in Leopard Jerseys.

It looks like team Elmore is going to lead off with their top line of Laval women, Alex. I’ve heard Bérubé, Paquet, and Riopel are an elite combo while Jessy Lacourse and Catherine Beauchemin are absolute monsters on the blue line.

It was a tight shift for the ladies and cleves.

Hofbauer hit the rink with his mini-stick and found himself up against a line of more marathoners including Priesner, Wodak, Levins, Pidhoresky, and Bruchet to fill in the fifth spot. Trevor channeled his newfound skills and went end-to-end, dangling the entire team and firing top cheddar on Charles PT, who was clearly tired from running 31km on his 31st birthday.

Andrew Davies queued up a sick celly for the squad to do.

And now we’re going to pause for some commercials, which are actually just memes courtesy of Christian Gravel and Evan Elderberry of the Tbirds Elite.

After the memes were over, team Elmore rolled out their line of Joanna Brown, Lauren McNeil, and 3 dudes who will soon run sub 30 in the 10k. They were able to light lamp and tie the game.

Those girls are buzzin boys we gotta step it up!

It appeared John Gay was ready to go solo mode and take on a stacked Elmore line featuring the Stafford sisters as well as Brittany Crew and Sarah Mitton, who could throw most of the other players through the boards, but I guess he’s had experience doing difficult things alone. Suddenly, Branna MacDougall blasted into the arena to finish a nasty debut 2:33 marathon. Once everyone had finished collecting themselves from the surprise of witnessing Branna blasting through the wall instead of the Kool-Aid guy, they seemed ready to get back into the game, but THEN a steeplechase barrier appeared in the middle of the rink.

*Hurdles over the barrier in scuba gear*

Immediately, everyone was loaded back onto the autobus to go through another lave-auto. They were dropped off at the start line of Les Plaines, danger gauntlet in sight.

Well at least it’s not the Ottawa ditch.

I’ll try not to muck you into a bush this time, Davies

The gun went off and Gen immediately started dummying the field, Maria Bernard-Galea was not far behind. Lumb, still not in school, was cheering for the BC boys with a Nickelback boom box.